We’ve heard of professional athletes having some 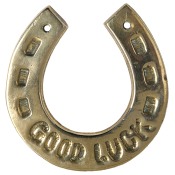 serious superstitions, but Presidents of the United States? Yep, even leaders in the highest office have held onto certain beliefs for luck. Here are a few Presidents known to believe in a superstition.

I hope superstitions never influence any important decisions because I believe you can’t go looking for luck . . . it finds you.

View all posts by debbiedaurelio